Do you know what the hell you’re doing? Because we’re coming clean and admitting that often times we don’t.

For starters, let’s agree we’re past the whole “millennials vs the church” conversation. “Millennials hate the church.” “Millennials don’t believe in institutions or organized religion.” “Millennials don’t tithe because they’re selfish!” We know the stereotypes and stats. We’re just not interested in engaging that kind of click-bait navel gazing. END_OF_DOCUMENT_TOKEN_TO_BE_REPLACED

The blame game and name calling continues.  Everywhere you turn in the media, you find a major news source either yelling at the “Millenials.”  Time recently put an article on their front page calling them the ME ME ME Generation (future review to come).

They are spoiled, entitled, lazy, and simply a detriment to all of society.  This is why they have issued a public apology to all of us, but particularly to the great “baby boomers.”  (Partially because no one even gives a rip about Generation X – of which I am supposed to be apart).

I believe that this video does a good job at poking fun at both generations, and shows how ridiculous this pattern of blaming other generations has become.  It is hurtful to families, society, and churches.

Please check it out by clicking on the link below.

I was alerted to a recent post entitled “Why Generation Y Yuppies are Unhappy.”  As soon as I started to read, I was disappointed on several measures, but before I proceed, let’s try to confirm a few things.

First of all, I would like to attempt to make a few 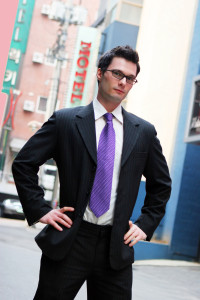 distinctions about who the writer is describing.  The author defines Generation Y as those who are between the ages of 23 and 34.  This generation is also called Millienials (a term that I prefer, but only time will tell which term will stick).  The author then narrows the audience to Yuppies, but fails to define the term.  Yuppies is not a technical term, but generally refers to  “a young college-educated adult who is employed in a well-paying profession and who lives and works in or near a large city.”

The author states that a “large portion” of 23 through 34 year olds fit this description.    Validating such a statement would be impossible, but it is simply not accurate.  For the percentage of this age demographic that:  are college-educated, well-paying professionals, and near or in a large city would not be the “large portion” that the author claims.

The author then gives “yuppies” of Generation Y another nickname – Gypsy – which is defined as one who “thinks that they are the main character of a very special story.”  Nicknames are always beneficial for the building up of any society and community.  I am so glad the author seeks to establish a new one (I hope you note my extreme sarcasm).

As Christians, I believe it is important to look briefly at the definition of Happiness, which is stated as:

There definitely is some truth to the concept that our expectations  in life affect our emotional well-being.  However, this simplified and secular view, while useful to the author’s point is lacking in many ways.  Even for those who are not believers, the sole source of Generation Y’s happiness is not based on their career and affluence.

The author states that three “facts” about Yuppies.  Since when did these points become facts?  This article is clearly lacking academic integrity.  If you are making general statements about these Gypsys (which is only generally defined), then don’t claim that they be factual knowledge.  We allow you to make observations, but not lay claim to facts.

1.  They are Wildly Ambitious.

Looking for more than the success of their parents, Generation Yer’s want a fulfilling career.  They want their work to have deeper meaning than making money.  There is nothing wrong with this desire, and in fact money should not be the primary purpose of our work while here on earth.

The problem is that there is a clear gap between their expectations and reality.  This gap is real, and has impacted their emotional health.  However, we must acknowledge that this gap is due to many factors and changes  within our society, and not solely based on their unreal expectations.

Generation Y has received the message that they are special from parents, friends, churches, and other aspects of society.  This message is a cause of their disappointment, and is not able to stand under Biblical scrutiny.  While God created us each unique, this uniqueness does not guarantee career and financial prosperity.  I feel this needs revised for the next generation.

At this point in the article, you realize that this article was written simply to cause conflict and bring hits and more advertising to their website.  The use of this term is unfair, unkind, and purposefully demeaning (I haven’t even mentioned the artwork.) 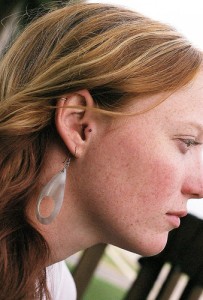 To cast such a label on Generation Y is completely unhelpful to society.  Read the responses following the article.  Name calling, nicknaming, and blaming other generations only leads to further division within our homes, our churches, and our society.

The point the author was trying to make (which is almost a repetition of the first) is lost amidst the desire to stir up controversy.  The point that I agree with is that, Emerging Adults struggle with unrealistic expectations of what lies ahead following high school graduation.  As a society, we should be seeking to help them manage their expectations rather than call names.  Let us not set an example of blaming and name-calling, but of serving, encouraging and loving others.

The development of Facebook other on-line communities definitely impacts the emotional health of all humans.  The authors state that they are taunted by the images of their peers having more than they do.  I would call it “Facebook Envy.”  As you scroll through the web, it can cause a person to feel unfulfilled while others appear happy.  Instead of keeping up simply with the Jones, you are forced to keep up with everyone within your on-line community.

There is a real danger with comparing yourself with others.  2 Corinthians 10:12 says, “We do not dare to classify or compare ourselves with some who commend themselves. When they measure themselves by themselves and compare themselves with themselves, they are not wise.”

However this point is true regardless of age, and should not be linked only with Generation Y.

As for the advice, let us all be Ambitious not for the sake of career or financial stability, but for the sake of Bringing Christ into the Darkness wherever we go.  Know that you are special in the eyes of God for you are crafted for the purpose He has for you.  Learning to quit comparing yourself to others is wise, biblical, and useful for anyone regardless of age.

More importantly, we need to build bridges between the generations rather than destroying them.

Making demeaning generalizations about another generation only leads to widening the gap between us. 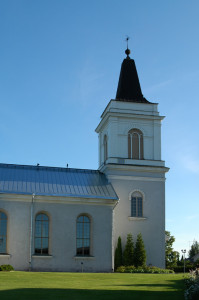 There are many articles circulating around the web about why Millenials are leaving the church.  I am not a Millennial, but having worked with this age group within the church for the past twelve years, I have a few thoughts to add to the conversation. END_OF_DOCUMENT_TOKEN_TO_BE_REPLACED