Jeffrey Arnett argues that due to a slower rate of maturation among adolescents, a new phase of life has developed called emerging adulthood that is neither adolescence nor adulthood (Arnett 2004).  Christian Smith supports the concept of this developmental stage of life when he says:

Emerging adulthood is not simply an extension of teen-age life, which normally remains highly dependent on parents and structured by high school.  Nor is it the beginning of fully settled adulthood, as marked by marriage, children, career jobs, and home ownership.  Rather, emerging adulthood embodies its own distinctive characteristics, tendencies, and experiences. (Smith and Snell) 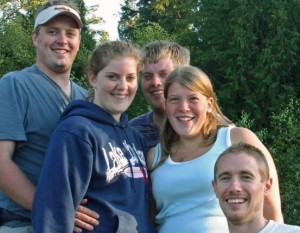 In order to help emerging adults, we must first understand the characteristics of this new stage of development.

The characteristics of emerging adulthood as listed by Arnett which set it apart from both adolescence and adulthood include:  identity exploration (ideology, work, and love), instability, self-focus, feeling in-between adult and adolescent, and endless possibilities (Arnett).  In this blog entry, I will look at the first three of these characteristics.

Identity exploration begins even as toddlers begin to make their own decisions, and becomes very evident during adolescence.  However, the brain development that occurs during adolescence, allows emerging adults to explore their lives more deeply than ever before. Sharon Parks, professor at Seattle University and author of Big Questions, Worthy Dreams, says that “the promise and vulnerability of young adulthood lie in the experience of the birth of critical awareness and the dissolution and recomposition of the meaning of self, other, world, and ‘God’” (Parks).    Emerging adults must rediscover who they are in their ideology, their work, and their spiritual and cultural values.  David Kinnamen, president of the Barna Group and author of You Lost Me, makes the distinction between the identity formation of adolescence and emerging adulthood by saying,

…even though the childhood and early adolescent years are the time during which spiritual and moral compasses are calibrated, the experimental and experiential decade from high school to the late twenties is the time when a young person’s spiritual trajectory is confirmed and clarified.  (Kinnamen)

Rather than discouraging emerging adults who are exploring their identity, people can come alongside of them as they re-explore their faith and values.

The life of an emerging adult is marked by instability.  Changes in friendships, relationships, living arrangements, educational goals, and working arrangements make this phase filled with transitions which keep them unable to make plans or keep commitments.  The lives of emerging adults are characterized by change, requiring great flexibility for those who choose to work alongside of them.  This instability in life also often keeps emerging adults from making long-term commitments to institutions or communities.

Emerging adulthood is also characterized by a strong focus on self; it is a time of life with few daily obligations or commitments to others.  During high school, most adolescents have some responsibility towards their parents and siblings.  Adulthood usually includes responsibilities for a spouse or children, but during emerging adulthood, many are free of additional responsibilities.  Jean Twenge, Professor of Psychology at San Diego State University believes this occurs not just because of the stage of life, but is due to changes in parenting and society.  In Gereration Me, she states, “the individual has always come first, and feeling good about yourself has always been a primary virtue” (Twenge).  While some sociologists describe this as amazing selfishness, others view it as a necessity in the transition from adolescence into adulthood.

Arnett, Jeffrey.  Emerging adulthood:  The winding road from the late teens through the twenties.

Kinnaman, David.  You Lost Me.  Why Young Christians are Leaving Church…and Rethinking Faith.

Smith, Christian and Patricia Snell.  Souls in Transition:  The Religious and Spiritual Lives of Emerging Adults.

Twenge, Jean.  Generation Me.  Why today’s young Americans are more confident, assertive, entitled, and more miserable than ever before.