There are many reasons that adolescents mature at different rates.  Some of these are within their control, while others are not.  The struggles of emerging adults are often interpreted as a lack of initiative or reluctance to grow up. 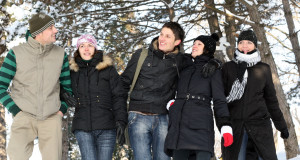 One author writes, “Collectively, the mass media have stamped an image of eighteen-to-thirty-four-year-olds as slackers, overgrown children, and procrastinators, as though we’re intentionally dragging our heels to avoid reaching adulthood.” (Kamenetz)

The delayed development of adolescents is not simply due to a lack of effort among this generation.  Changes within our society have greatly influenced who they are, and what they will become.  Proposed causes in the delayed development of adolescents include:  a delay in getting married and having children, changes in educational patterns, rise of peer-centered social structures, parenting styles, and economic changes.

While it may be true that some emerging adults live the life of Peter Pan (who never wants to grow up), it is not a true assumption for the vast majority of emerging adults.  General assumptions about emerging adults or any group of people can cause tension and misunderstanding in our communities.

Attitudes toward other generations can either be bridge builders, or bridge burners.  Thom and Sam Rainer believe that maintaining a disconnected attitude towards today’s emerging adults that says their struggles, “build character—I had to do it too and survived, so you’ll be fine” will not attract or keep emerging adults (Rainer and Rainer 2008, 82).  Smith says that attitudes toward emerging adults tend towards a “Chicken Little” (the sky is falling) or towards “Kids these days” (no big deal, and there is nothing new about it)  He says that adults need to “engage emerging adults today with neither fear, nor complacency” (Smith 2011, 6).

The church must attempt to understand and sympathize with emerging adults if they are to feel a part of the community.  A heart of sympathy and hands of encouragement towards the emerging adults in your life will go much farther than assumptions and quick judgments.

Kamenetz, Anya.  Generation Debt:  Why now is a terrible time to be young.

Smith, Christian.  Lost in transition:  The dark side of emerging adulthood.