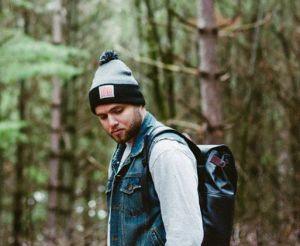 While in Johnson City, Tennessee, I began a conversation with a shuttle driver named Jeff.  He asked me why I was in town.  I explained I was speaking at a church, and said that he “hoped it was full of the Spirit.”

I began asking him about his studies.  Jeff shared about his major, and what he wanted to do when he was done with college.  He was more than eager to talk about his life experiences, and how they had shaped him.  He was extremely articulate, and well-read in various philosophies.

At some point during the conversation, I asked Jeff if he was religious.  He began by stating that his father was Jewish, and that his mother was Catholic, but neither of his parents actively participated in their faith.  He was not a believer in either religion, but stated that he was indeed spiritual.

I then asked Jeff what “spiritual” meant to him.  Rather than put words to it, he gave me an example.  He stated that the evening before, there had been a banquet at the hotel.  After the event, there were left-over sandwiches.  He took these extra sandwiches and took them to people who were in need.  He stated that after this experience, he felt so good.

I asked then how that was spiritual.  Jeff thought about it, and simply said that it had to do with the emotion associated with the action that he had done.  His emotional experience (due to his moral behavior), was the foundation of his recent spirituality.

Jeff did not mention a belief in any god, or in anything supernatural.

It has been stated that Millennials are spiritual, but not religious.

A survey by the Pew Research Center’s Forum on Religion & Public Life, finds that many of the country’s 46 million unaffiliated adults are religious or spiritual in some way. Two-thirds of them say they believe in God (68%). More than half say they often feel a deep connection with nature and the earth (58%), while more than a third classify themselves as “spiritual” but not “religious” (37%), and one-in-five (21%) say they pray every day. (Source)

Often little definition is given to this expression “spiritual.”  For someone who has grown up in the church, I often have understood the term to mean that they believed in some form of spiritual reality that usually contained a concept of God, but they were not interested in organized religion.  After meeting Jeff, my understanding of “spiritual, but not religious” has changed.

Here is what I learned from Jeff.

We should avoid more than our Christian clichés.  While Christian platitudes are painful to even to church-attenders, the use of words like spiritual immediately highlight the distance between us.  Evangelism tools such as The Four Spiritual Laws by Bill Bright, assume that the person you are sharing with has a general concept of religion.  As more emerging adults in the United States have been raised without a Christian worldview, the vocabulary that we use in dialogue with them might leave both sides confused.

Ask questions.  Emerging adults have no problem entering into dialogue with others about faith or religious beliefs.  From their perspective, diversity brings beauty to our world, and strength to our communities.  Dialogue can also help them learn and understand the viewpoints of others.

Spiritual, but not religious could refer to anything from a devout Christ-follower who avoids churches to someone like Jeff who simply feels good as he reflects on his own moral behavior.

Dr. G. David Boyd is the Managing Director of EA Resources, a nonprofit designed to equip parents and churches to minister to the needs of emerging adults.  He is also the founder of the EA Network, a group of individuals seeking to work together to understand and minister to emerging adults.  If Dr. Boyd can equip your community to reach emerging adults, contact him at gdavid@earesources.org.