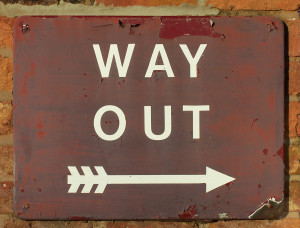 If you believe the statistics, most students who attended church as children leave their faith during the early adulthood years.  Parents whose children turn away from the faith, often wonder why the child who once did everything  at church – youth group, Sunday School, VBS, and even went on a mission trip, could just simply walk away?   Sometimes this question leads parents to blame the youth pastor, the youth group, or themselves (a practice which doesn’t help anyone!).

The “why” question often becomes a weapon with which parents repeatedly beats themselves over the head.

A child’s decision to leave the faith causes parents much pain, and they often do not know how to respond.  Have you ever examined why the answer is so important?  Searching for the illusive answer is sometimes more about parents trying to meet their needs that for the sake of the child.

If you tend to obsess over this question, the source of this desire could be because…

Many parents feel as if their child’s decision to leave the faith is something they can fix.  They believe, “If I buy them the right book, or if I connect them with the right friends or girlfriend, or if I… (the list could go on and on…)”  One EA writes, “Everyone has their own reasons for doing what they do. Some of it can be fixed, and some of it can’t.” While parents are influential in their child’s faith, they ignore the fact that we are not in charge of fixing another person’s faith.

Most EAs who decide to leave the faith, do not feel as if they need to be fixed.  If people know that the reason you love them is to change them, then your actions will only turn them away.

No one wants to feel like another person’s project.

The same is true for our children.  We cannot “fix” them into what we want.  They want love for who they are, and not for what you hope they will become (the meaning of unconditional love).  Attempting to fix their children often creates further distance between them and their child. 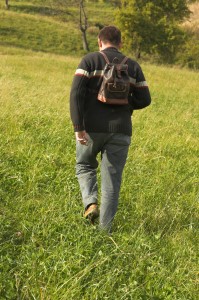 Many parents are embarrassed by the spiritual condition of their children.  In especially Christian communities, people feel their spirituality is judged based upon the outcomes of their children.  In order to relive the tension, parents want a reason to explain why their kids left.  One EA stated it this way.  “I don’t think that my parents – or anyone else – really wants the whole story. They want a one-liner as to why I am converting and that’s it.”  A person’s spiritual beliefs and journey is rarely summed up in a few sentences.

Parents often ask themselves unhealthy questions like, “Did I do enough?  Should I have done this instead? Did I pray enough?  Did I lack faith?  What if I had?”  Parents need to quit second-guessing and judging themselves.  Christians should refuse to dwell on the past, but to live in the present.  Paul says “Forgetting what is behind and straining toward what is ahead” (Philippians 3:13, 14).  This ability to move forward is a necessary skill for maintaining a healthy relationship with their emerging adult.

Parents whose children leave the faith often feel as if they have failed.  Sometimes these emotions spring from faulty teaching about Proverbs 22:6 which states, “Train up a child in the way he should go, and when he is old, he will not depart from it.”  Some pastors preach that God promises that children if properly trained will return to the faith.  Therefore, parents believe it is their fault when their children don’t return.  However, that passage of scripture is a proverb (meaning usually comes true), and not a direct promise from God.

You are only accountable for your own actions.

Searching because you think you can fix it is controlling.

Seeking because you need them to return to the faith is not healthy.

One healthy reason is so you can more fully support, love, and pray for your child wherever they are in the faith journey.

I know this road is difficult.  May you find grace, strength and energy to press on in your own journey.